The 3D Virtual Mine “Mining over centuries”

The main purpose of 3D visualization of the underground copper mine is to show changes taking places in mining over the centuries. Thanks to wearing HTC Vive goggles the user will be transferred to virtual world of ancient (former) mine

The journey (trip) begins in an old narrow underground excavation and finishes in a modern mine - user gets into mining elevator. During the travelling the spectator takes parts in three-four scenes representing mining at a different stage of development.

The participant travelling through adits is able to see how the mining techniques, the exploitation methods, the lighting systems, the size of the passage and the mining tools (equipment) have changed.

The transition (teleportation) between "scenes" takes place through a symbolic "Gate of Time". The “Gate of Time” is hidden in the mine's wall. The player has to perform different tasks in order to discover and open the "Gate of Time" and move to the next part of virtual mine.

The tasks concern helping the miner to mine the rocks - exploitation of the copper ore: 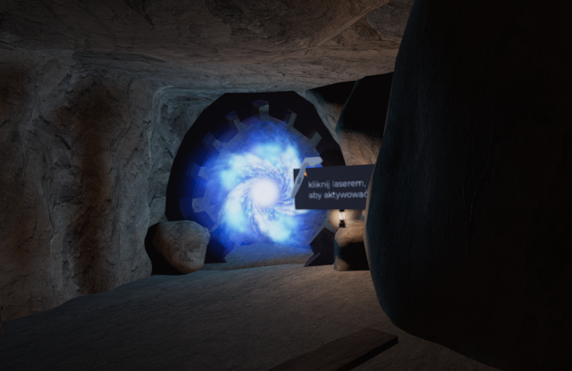 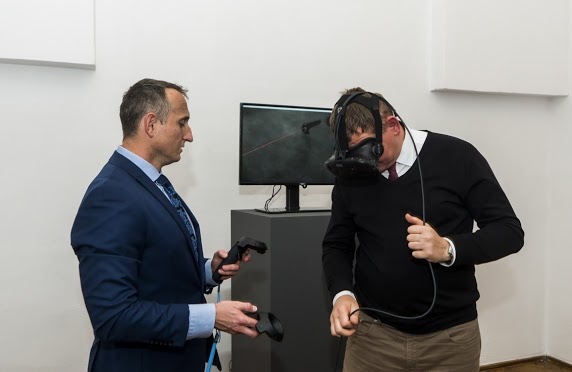